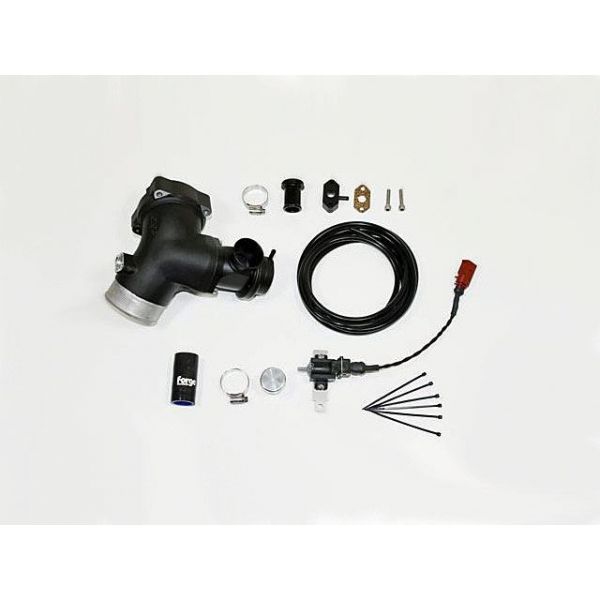 Skip to the beginning of the images gallery
Details
This valve kit was developed for those who have tuned, or plan to tune, their vehicles in excess of 450hp, as it was observed that cars over 450bhp were randomly getting errors from the stock solenoid valve not functioning. Whilst the stock valve will operate as designed, with the boost level necessary for 450bhp, the stock valve couldn’t move the amount or volume of air it needed to , so the ECU was seeing too great a positive boost in the MAP readings between gearchanges and assuming the stock valve wasn’t functioning correctly. We looked closely at this issue and noted that there would be no real fix for this as the size of the hole for the valve is too small in the stock elbow. We decided that we would re-design and produce our own elbow, allowing a much larger dv port, which in turn would allow fitment of a larger valve, to take advantage of it. We also improved the internal flow of the elbow and removed restriction within the valve. With the engine management on this engine being MAP based rather than MAF based, which is unlike many other Audi engines, we have also incorporated the option into the kit of being able to run as a recirculation valve or with an atmospheric discharge / Blow off. We are pleased to say that this is now solves all issues that owners were experiencing.
More Information
Reviews
Write Your Own Review
Fitment