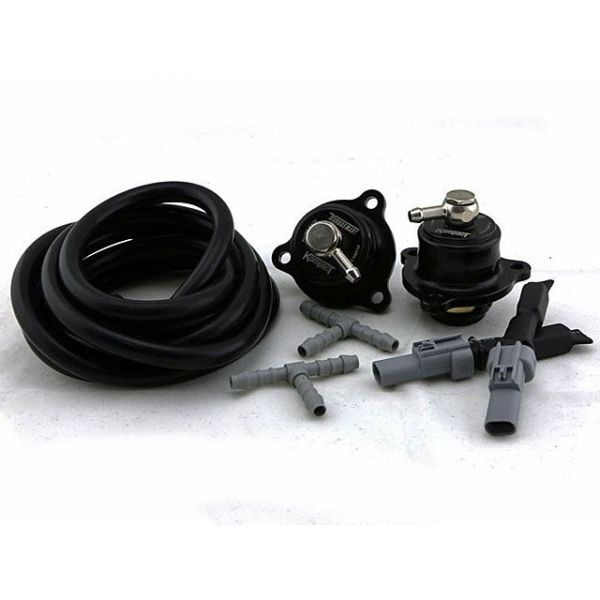 Turbosmart’s latest Kompact valve kit has been developed as a direct plug-and-play solution for the new C63 AMG. Despite its high-performance intentions, the Mercedes’ standard bypass valves are plastic units that bleed boost and struggle to cope with the pressure, particularly in tuned vehicles.

Turbosmart’s Kompact kit for the C63 comes with two billet aluminium valves that are a direct fit replacement for the factory diverter valves. The Kompact holds boost in better than the factory valves, and can never be overcome by boost. The result is more efficient performance from the factory turbochargers, as well as the crisp sound of a piston-style BOV. For those who want blow-off valve sound, the Dual Port both vents-to-atmosphere as well as recirculates air, while the Plumb Back is 100% recirculating for quiet, OEM-style operation.

Unlike the factory valves, the Turbosmart replacement kit is mechanically controlled by manifold pressure, meaning the valves open when you want them to, not when a computer decides they should. This puts control back in the hands of the driver, and ensures the valves do not release boost when they shouldn’t.